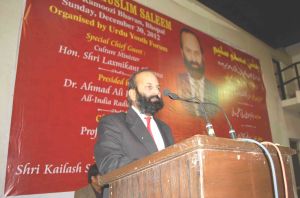 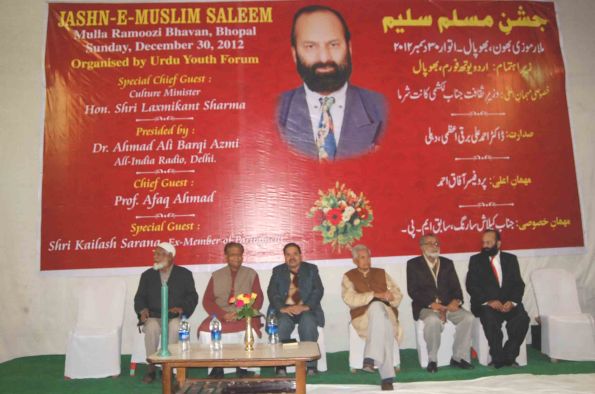 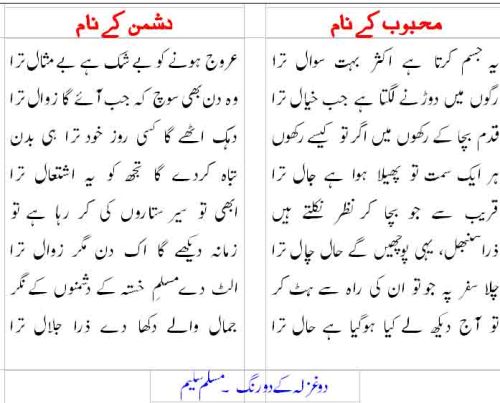 Urdu poets and writers of Rajasthan 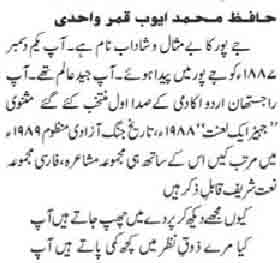 Hasrat Jaipuri (April 15, 1922 – September 17, 1999). He was basically a Hindi and Urdu film lyricist. He does not have any significance in Urdu literary world. Most of his filmy poetry is mere tukbandi and plagiarization. For example, he wrote a song “O mere shah-e-khooban, tum mere paas hote ho, koi doosra naheen hota” in a film which is plagiarized from Meer’s couplet. Hasrat was born Iqbal Husain in Jaipur, where he studied English till medium level, and then acquired his taalim in Urdu and Persian from his grandfather, Fida Husain. He began writing verse, when he was around twenty years old. Around same time, he fell in love with a Hindu girl named Radha. He wrote a poem for her.  In 1940, Hasrat came to Mumbai, and worked as a bus conductor, earning a monthly salary of eleven rupees. He used to participate in mushairas. At a mushaira, Prithviraj Kapoor noticed Hasrat and recommended him to his son, Raj Kapoor. Raj Kapoor was planning a musical love story, Barsaat (1949) with Shankar-Jaikishan. Hasrat wrote his first recorded song, Jiya Beqaraar Hai for the film. His second song (and first duet) was Chhod Gaye Baalam. 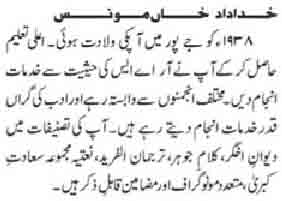 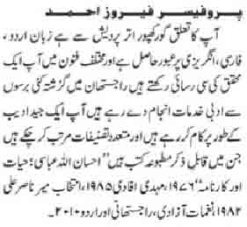 (full name: Nafasat Ali Rahi Shahabi).  Rahi Shahabi died in Jaipur on 26 April, 2005 after a protracted illness. Seventy-four years old Rahi Shahabi was born in avillage ofUP’s Buland Shahar district but was settled in Jaipur. He was secretary and subsequently chairman ofRajasthanUrduAcademy. He was the only poet who kept alive the style and tradition of Josh Mahihabadi. (Muslim Saleem – April 9, 2012).

Rai Saheb Krishna Gopal Saxena ‘Sukhan’ Jaipuri  was born on August 13, 1894 and died on December 11, 1988). In 1921 he was the first Kayastha boy in the city ofJaipurwho had become a graduate and that too from the rather distantAllahabadUniversity. He joined the service of the court of the princely state of Jaipur and retired in 1951 as the Assistant Secretary of the state, having served in important capacities as the Superintendent Court of Wards and Special Secretary, Revenue etc. He was honored with the title of ‘Rai Saheb’ in 1947 by the then Maharaja of Jaipur Sawai Man Singh on the occasion of the silver jubilee of his ascension to the throne. He was also the Secretary of the Jaipur Chamber of Commerce and Industries for quite a long time after his retirement from the princely Court of Jaipur. ‘Sukhan” Jaipuri saheb published his collection (Deewan) of Urdu poetry with the title ‘Bahaar-e-Sukhan’ in 1971. The foreword to this work was written by another famous poet and his contemporary ‘Saba’ Jaipuri. The work received keen attention of the connoisseurs and aficionados of Urdu poetry. ‘Qamar’ Wahidi wrote a full ghazal in its honor in 1975. ‘Dilkash’ Badayuni wrote a paper on it. The Rajasthan Sahitya Academi, in its anthology of Urdu poets of Rajasthan made a special reference to his poetry. Finally in 1988, the Chief Minister of Rajasthan, under the auspices of the Rajasthan Urdu Academy, honored his services to Urdu poetry and presented him with a formal Letter of Appreciation. His maternal granddaughter Dr. Anjali Nimal has translated a collection of his selected poetry in Hindi also entitled “Mash’al-e-Rah”. ‘Sukhan’ Jaipuri sahib had diverse experiences in life; ranging from a lordly affluent life in the service of the princely court to some very difficult times in his 37 years of life after retirement—all that was to find expression in his poetry. 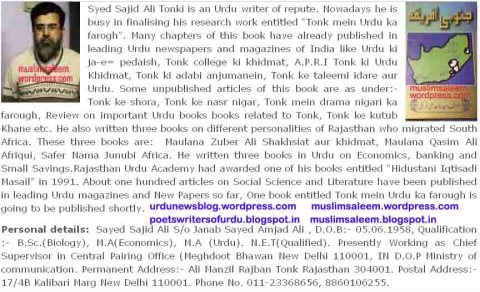 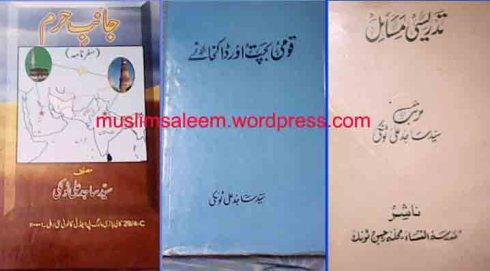 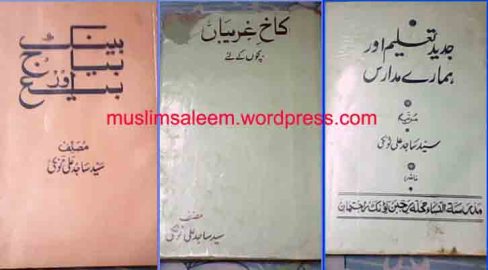 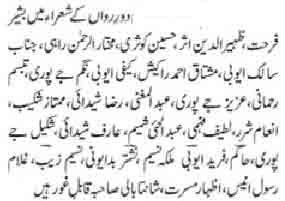 Urdu poets and writers of Jaipur